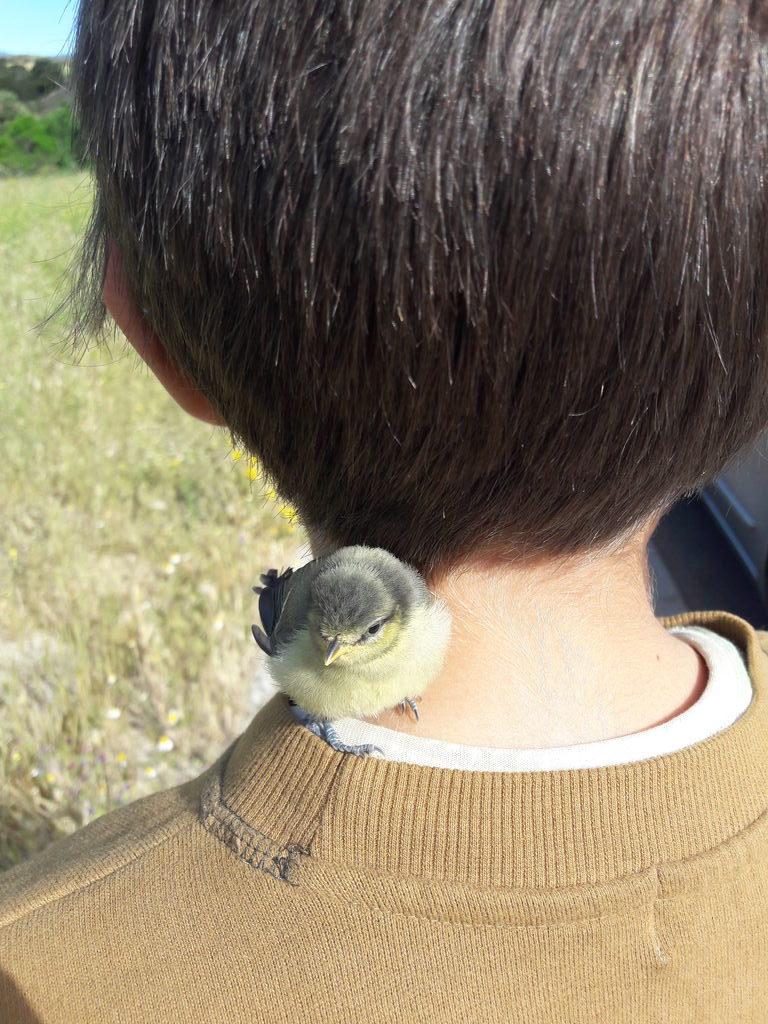 These are not, of course, voices with different tonalities and sources that would give us the impression that someone else is living with us in our head and Napoleon wants to talk to us.
Of course not!

It’s just that as time went by – too much of it!- and maturity is coming upon me, with, I hope, the least possible wrinkles, I tried to identify the source and pertinence of each of my thoughts…
And I felt we could attribute each one of them to six different voices.

The easiest one to notice, for example is the voice of intelligence. It’s the one that thinks, counts, evaluates
And we feel its cogs turning.
As it’s the voice going through every possibility, it’s also the one which is scared.
When you board a plane, for example, and your frenetic thoughts are showing you every chance this could go wrong ? Till the tiniest duck who could tickle the turbines?
Well, this is your cleverness going on overdrive.

Being smart enables you to find solutions, but by showing you all the possible disastrous outcomes, it also prevents you from acting, simmering as you are, in a soup of fears.

And I find intelligence is a little over-evaluated in school. The smartest among us are not necessarily the ones who will succeed better, if they haven’t managed to subdue their fear to act.

Dumb people dare anything, I’ve been told.
And clever ones don’t dare enough.

The voice of your cleverness has no empathy for others and will clinically analyse situations and people, the better to help you deal with them or manipulate them.

Luckily, this side effect has begun to be more and more taken into account recently and more and more schools give importance to the emotional intelligence.

This emotional cleverness is what I call the voice of the heart.

Which I find, as well, easy to identify because it’s the one that has you feel: love for others, an animal or an activity, compassion for the suffering of others – not to be confused with the compassion some have for themselves which has them drown in everlasting victimhood -, empathy…

The third voice is one that has also been more and more acknowledged lately: the voice of intuition, that is also called sixth sense. Or gut feeling for the less spiritual among us who think with their stomachs.
Happens to me when I’m really hungry, though.

This voice is the one that I have the worst trouble identifying when it’s so important to: it’s the wise one, the one that is never wrong.
It’s the one you should listen to, for example, when it disagrees with your intelligence.
Your brain is whispering all the horrible ways you could die in a plane?
Your intuition is assuring you that you’ll arrive safely.
And it knows best.

Because the voice of intuition is connected.
To the collective unconscious, the energies, and, for those who believe in them – and it’s my case – to invisible presences.

After some decades on this earth, I only begin to perceive its peculiar tone: it’s much wiser than I would be on my own, it points to a luminous evidence and it’s so immediate, you know you hadn’t the time to think.

When I ask myself something, and in the following silence an immediate answer comes to me and feels right?
Most of the time, it’s intuition.

The fourth voice is the ego voice.
And this, I also find easy to identify.

It’s the “me me me voice” that rings when it feels someone is walking on your turf and his.
It surely has been created, this voice, out of a primitive need to defend you in an hostile world. To give you the impulse to fight, because you deserve everything, and to forbid compassion for others and the lion who would eat you because, poor animal, you feel he’s hungry.
He’s hungry, hears the ego?
“It means he is feeble. Eat him.”

Your ego thinks you are more important than this lion, the savanna and the whole planet. You are just what has been the most important creation so far.
The greatest.
Number one.

And to give you the best survival chance, it’s the ego that will blow on the fire of your temper.

Your divine rights have been trampled on?
Aux armes!
No pity for this fool who hasn’t understood your rightful place in the universe, right in the centre.

The ego voice begins to make itself heard, when a baby realizes that he has a distinct identity from his mother.
The famous temper of a two years old? For something or nothing and a toy that has been refused? Ego.
And the most part of the education we give a kid, to enable him to be an emotionally balanced adult, is to teach him that no, the stars don’t gravitate around his navel.
And no, neither does the moon.

And this voice, made at first for you, to enable the carcass to survive, can drag you easily on the narcissism path.
Mainly because to give you self-confidence, it will flatter you shamelessly.
The ego voice is also the one to always compare. Do you have more than the neighbour? Less than your sister? No? Yes?
Beware, the ego knows you deserve better!

And he will find here another reason to defend you and get annoyed in the process.
Why you? Why me?
To him, you are obviously a victim of an unjust situation. And that alone should give him all leeway to change matters. Too bad if others must suffer in the process.
“It doesn’t matter, says the ego, you are the most important.”

We all have an ego.
Some chose to self-isolate in mountains and pray to get detached from it To dissolve it in a superior energy.
Well, I’m not there yet.

Another simpler solution, which I favour, doesn’t include so much meditation: it’s to balance the ego voice with the voice coming from the heart.
Which has you think something like this: ” yes, you are important, also imperfect, and this other human being is important too. And so is this animal, and this tree…”

But if Ego, looking for a co-conspirator, despising the heart, finally meets Intelligence, bam, nitro has found glycerine.
More often than not, it’s Intelligence, hypersensitive, full of doubts and easily scared that runs to Ego, to have him protect her.

Well yes, now Intelligence is a she when Ego is a he: I’m French and we put a gender on anything.

But whoever went in search of the other, a person, when dominated by these two, permanent victim of some real or imaginary wrongdoing, has now the means to get revenge, to manipulate and obtain everything ego wished.
Honours, money, power, disciples, electors, victims, kids, family… he’ll get his fill. Hello, there, psychopaths!

In the process, he’ll have strangled the fifth voice, the voice of the conscience.

It’s the one who reminds me, when I reproach something to somebody – often my husband – that I did the same. This traitor doesn’t like bad faith and can pitch for the other camp.

This voice also tells me to be more understanding, doesn’t appreciate it when I’m angry.
He wants me to be a better person.
And he is so annoying!

But it’s his job.
And I forgive him because I know it’s for me, in a broader sense: to enable me to become the best version of myself.

And the sixth voice?

Well, it’s simply the one from your soul or your personality. The one that is uniquely yours.
The paradox being that ego could never be that, as it’s the same in everyone.

Mine has a ferocious sense of humour that prevents me to be too serious about myself and loves having fun.

And when we harness cleverness and its fears, calm ego and its volatility listen to our heart and conscience and learn to recognize our intuition, we can finally become who we were destined to be.