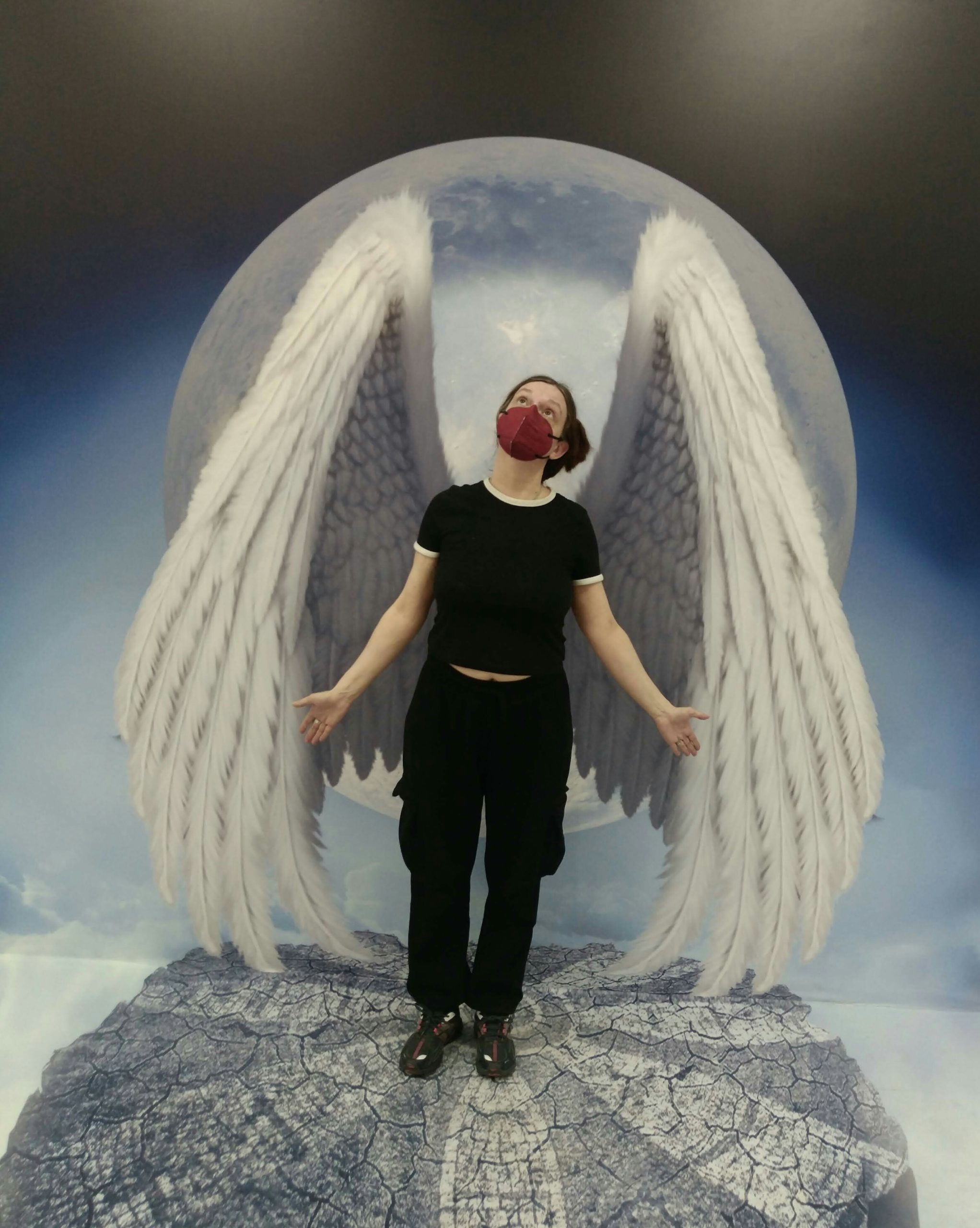 “There had to be a daughter of a colleague to be such a pain in the ass!”
It’s November 12th of 2006, the day before my daughter was brought to the world by caesarean section and three gynaecologists stand in front of my clinical bed.
It’s been three days and three nights since I was diagnosed with gravid toxaemia and that I am, among other things, connected to an apparel measuring blood pressure that goes off every fifteen minutes.

And it’s physicians’ kids’ reputation, in the profession, to be the worst possible patients.

And not only in France.
My Spanish dentist told me there was an expression for that: “the doctor’s child syndrome”.

They are going to ask questions, these heretics. Have doubts.
Ask for a second advice.
And overall, they’ll stress a lot more.

The doctor’s daughter I was has heard her gynaecologist “father” go to his practice at the time he was supposed to be already there.
And witnessed the overflowing waiting room each time she had to meet her parent there.

She has heard these very same mornings, his “father” snarkily declare that he was going to whoring.
Because, as he said, a lot of his work consisted in listening to the middle-class wife whining about her marriage. Or bringing her fifteen years old daughter, in a passing ritual he found utterly ridiculous.

And when a very expensive and famous Parisian clinic prescribed me a costly examinatin, he also told me they were just having the “pig farm” running.
Which was one of his most used expressions.

Don’t get me wrong, here, my “father” was also a brilliant doctor.
One of those who know how to see beyond the symptoms, straight to the heart of the matter. A mix between a constantly updated knowledge and intuition.
And the numerous letters of his patients, when he retired, are foolproof that he knew how important it was to listen, in spite of his cynicism.
Although he didn’t agree when I insisted on the influence of the psyche on the body and the interest there would be, for medicine, to envision the person as a whole.

And it’s him that prescribed the glycaemia examination that saved my daughter’s and my life, some days before her traumatic birth.
As one of his colleague, chosen by him as the best he knew had only written a joking note to my parents, telling them they were overindulging me and had to slow down on the good food.

And maybe it’s because I could contrast this “father’s” talent with the majority of his colleagues that I got a less flattering view on the profession.
Or maybe I shared some of his cynicism…

Some of my childhood’s friends chose to become doctors, quite frankly, after they saw the family home.
One of them invited me to a student lunch and I was appalled to hear so many medical students talk of patients as if they were frogs.
“They’ll change their mind when they loose someone close to them”, my mother, an ex-nurse, told me then.

But she also spoke of the nuns of her hospital who, in communal rooms, intentionally put patients with a mortal sickness next to the bed of those, with the same illness, facing the end of it.
It was a long time ago…

There were also the dinners with colleagues who knew each others since university or because they worked together.
Talking of this doctor with an alcohol problem, or this old one they thought too senile to go on working.

I won’t talk here of all the anecdotes I remember from my childhood.
But suffice to say that all these stories physicians’ children have fatally heard growing up, explain why they are utterly conscious of the limits of the profession.

Physicians’ kids don’t see the doctor as an omniscient being, only benevolent and one hundred per cent devoted to the sole vocation of saving lives.

Other people remember, on occasion, that doctors are not always saints when there is an extreme medical scandal, like the one in France, recently, with a gynaecologist enjoying the unconsciousness of his patients.
And they forget it or bury it in the deepest of their unconscious, when they face their every day illness and mortality in front of THEIR doctor. Becoming, all of a sudden, a protective figure, a priest knowing otherworldly secrets, talking in Latin, and who, we’d like to believe, is the most competent and empathetic person we ever met.

People forget, in front of a doctor, how imperfect the profession as a whole can be.
But not the ex-kids of one, who have been raised in this environment: it’s engraved in their DNA.

In the end, I survived my first pregnancy, in great part thanks to the intervention of my “father”.
There are extraordinary physicians and, overall, a lot of honest doctors implementing a generally well thought process.

It’s a good thing medicine does exist and we don’t have to rely anymore on animals’ sacrifice.
I personally bless the day the epidural was invented.
But medicine is also constantly evolving.
And it isn’t infallible.